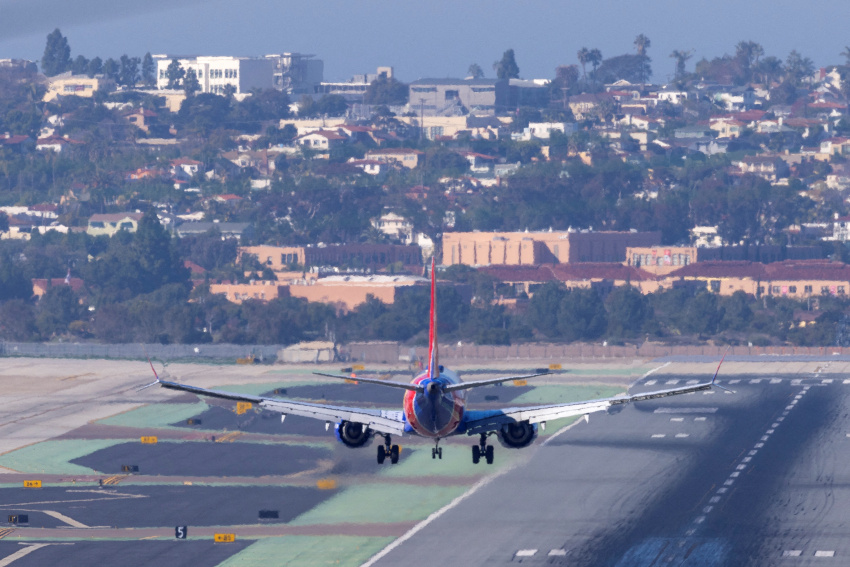 5G concerns everybody. Shockingly, recent documents by the Federal Aviation Administration (FAA) and the Radio Technical Commission for Aeronautics (RTCA, inc.) indicate dangerous conflicts in 5G usage. Buckle up kiddies ’cause yer in for a ride!

Simply, the radio waves are so close together that planes may come falling out of the sky!

Effectively, the disaster is being mitigated by asking people to limit their antennae power. This includes cell towers and phones. Arguably, a phone can’t do much harm unless you turn it on in an airplane…

Normally, phones run at 850 or 1900 Megahertz (Mhz). Currently, some work at 5200Mhz; thus, the 5G designation stands for “5 Gigahertz.” These frequencies are separated by bands. The Federal Communications Comission (FCC) and FAA agree to use different bands for aircraft or other communications,

Most importantly, airplane radar altimeters use a band (4.2–4.4 GHz) that is right next to the new 5G band (3.7–3.98 GHz). To clarify, the band that 5G has officially reserved is 3.7–4.2 GHz. Do you notice how they share the same exact number? For illustration, all of this is happening in the space between cell towers and microwave ovens (above).

Understandably, the radar altimeters tell the pilot how high the airplane is flying. They can also indicate terrain changes such as  buildings or mountains that are in the way. Crucially, they send information to Automatic Flight Guidance and Control Systems (AFGCS) during instrument approaches; Predictive Wind Shear (PWS), the Engine-Indicating and Crew-Alerting System (EICAS), and Electronic Centralized Aircraft Monitoring (ECAM) systems. No other sensor or system is capable of supporting these functions with the same level of integrity, availability and continuity that is provided by the radar altimeter.

Most likely, the next aircraft you fly on or see flying will have a radio altimeter. The FAA requires it for any airplane or helicopter that carries paying passengers.

How can 5G affect flying aircraft?

Radar altimeters operate at very low power; 1 watt or less. Thus, they have to be very sensitive to radio waves in order to work. In 1970, the designers could not possibly have 5G concerns because it wouldn’t exist for another 50 years. Furthermore, the risk of planes falling out of the sky has only been only partially mitigated by recent events.

In March 2020, the FCC walked back the band available for 5G to 3.7–3.98 GHz. Additionally, they moved Fixed Satellite Services firmly into the band occupied by radar altimeters. Fixed services were eliminated from the band and it is assumed they will use the lower frequencies as before.

and herein lies the rub…

Alarmingly, there will be devices lying around that could disrupt aircraft altimeters. What will people do when they can’t use a mobile wireless station anymore? Will there be oversight for the retrofits and the market it will produce? How much control will the FAA have over this process? Perhaps, only moderate or very little. Specifically, it is the FCC’s business.

Another chief concern is the way the radio band conflict has been mitigated. So far, there have only been requirements that specify a certain power level. In other words, the power from cell towers is limited by decree. However, electricity doesn’t always do what it is told.

Electrical engineers may tell you that electricity is energy and thus very predictable. Conversely, they may not be considering things beyond the machine design they are working on. Things such as power spikes or failures and solar flares. Or maybe airplanes flying where they shouldn’t during an emergency.

What is the worst thing that could happen?

If you are flying in a 787, it is pretty clear. A document from the FAA, dated January 14, 2022 states “the presence of 5G C-Band interference can result in degraded deceleration performance, increased landing distance, and runway excursion.” In other words, shooting off the end of the runway is a predicted result.

It is surprising that the launch date for 5G towers has only been pushed back a few weeks from January 19, 2022…

And what about all of the other planes using radar altimeters? According to the FAA and others, they are safe. Remember, the cell towers and other wireless systems are limited by FCC regulations. Additionally, airports that receive aircraft in bad weather have cell tower buffer zones. Luckily, you are protected by the same organization that keeps SPAM out of your inbox!

Stunningly, we have found no mention of aircraft in emergency situations. How about airplanes flying close to a mountain with cell towers on it? Also, why remove airports from a list of possible emergency landing sites so people can watch YouTube on their phones? The act of weighing people’s mundane phone needs against flight safety is ludicrous.

Are you ready for your next flight?

To be fair, the FAA has been on this for quite awhile. Aircraft and air travel are important and keeping them safe is crucial. However, they released warnings very close the the proposed launch of 5G. Furthermore, the documents concerning 5G seem to generate more alarm than assuredness.

Most likely, weather delays for the extended future will be partly or mostly from 5G concerns. Traditionally, air crashes are caused by a cascade of events. A number of things has to happen for the plane to fail. Safety is ensured by keeping that number very low. Sadly, 5G may ensure that number never reaches zero again.